The store will not work correctly in the case when cookies are disabled.

Mobile robots have been rapidly developed over the last three decades, and are becoming increasingly popular for exploring complex space, environment, rescue operations, and more. Mobile robots can generally be classified into three categories: wheeled robots, tracked robots, and legged robots, with legged robots typically being superior due to its potential to explore a wider variety of terrain. More specifically, quadruped robots are typically the best choice among legged robots thanks to their mobility and stability.

Quadrupeds typically have 12 degrees of freedom: three in each leg, one at the knee, and two at the hip. These active joints are usually powered by electric actuators, like servo motors, which have high torque capability and efficiency to support the robot's weight. The load, meanwhile, saves the battery. However, it also requires the servo motor and its driver to be compact and to achieve a very quick response for dynamic gait abilities. 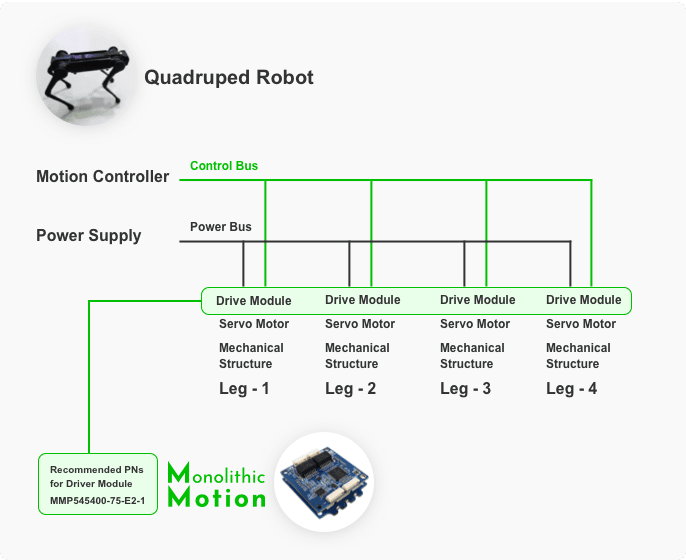